Changes:
Polished some features including health and respawn. Now the lives get reset and the donut explodes when you die.

Added colour change and vibration when hit by an enemy.

Changing multi-colour sweets to secrets which will be in hard to reach locations. Collect them all in a word to unlock a secret level and achievement.

Score attack levels = copies of normal levels minus the babies. Race to the finish and get as many points as possible! If you die its game over and score gets added to scoreboard.

Change colour when hit by enemy - happens too soon - slows game down. Use bool to stop after first hit?

Sometimes buttons are pressed and nothing happens?

How to stop left and right buttons working immediately when the level has started? bool to say after 1 second create arrows. remove all stick to screen replace with camera stick options.

Make final world - space levels. Low gravity and a flying stage at the end. - lasers that come down and across the level. have to move past when they are turned off.
Cut scenes between levels.
level checkpoints half way through.
make bool for special sweet per level if sweet collected = true destroy sweet so it doesnt appear again else the score will be wrong.
If all 6 worlds are completed then unlock a bonus world which mixes every level element into one!

Add music and SFX when Mike uploads them.

Wondering why I haven't been making updates recently? Well... The engine I am using decided to get a bug and now I am stuck with my game in an unusable state. Every time I try to do anything it just continually tries to save, stopping me from doing anything. I tried exporting the game and even running it on a different PC but it was no use, even people on the official forums didn't know what i could do. So I decided the only thing to do was to start again... I took screen shots of the most complicated stuff i've done so far so that I could re-create it again and I've almost got back tot he state the game was in again. apart from the levels. I still have to either re-create them or start again from scratch... well anyway, it's almost back on track now and going smoothly again. Next step is to figure out how to get the birds to attack properly...

It always makes me so happy when something finally goes right after hours of trial and error! This time I managed to figure out how to make the level select screen scroll when you slide your finder over the screen. hooray! no more awkward switching scenes to show the next set of levels!

The small black dot at the top of the screen is the camera moving (this will be hidden in the final game!)

Next is having a separate score for each level, which gets recorded and displayed on the level stats screen which will appear when you click on the level.

Finally, a first draft of the boss of Sweetserland! 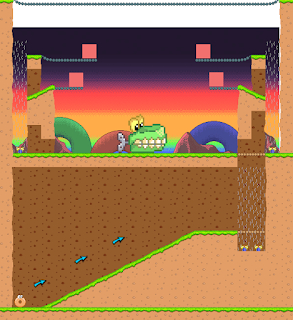 I had a weekend to do some work on the game so heres what I've managed to get done in that time! 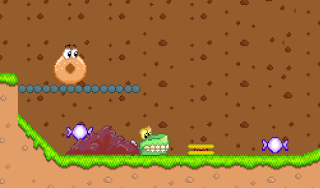 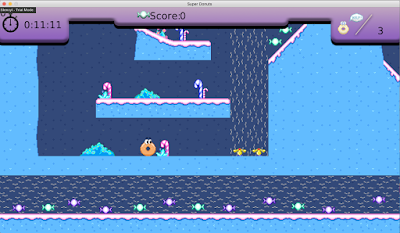 Loads of updates this time! The game is finally coming together now. I'll start with what I've changed / improved with the gameplay. I've been writing a lot of quick design docs on random paper and sticky notes...

First, the screen orientation is now landscape instead of portrait meaning you can see a lot more of what is going on and just makes it easier to play in general. Some changes need to be made to the background to make them fit the new screen resolution as you can see from the image below. 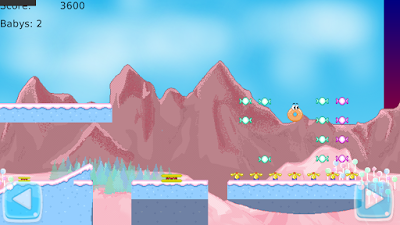 Next, The general controls have been simplified, now I'm back to just the left and right buttons and relying on the level design to make the game fun and interesting.

So... how did I make the levels more fun and interesting? By making some stage objects which will help you manoeuvre the stage. First up is a fan, this will blow air out and as you pass over you will move up, then hover at the top of the air stream. Perfect for crossing gaps or getting to higher places without a jump button!

Next is a spring, I already had a prototype in the levels but this one behaves a bit differently, Firstly it's had a new lick of paint thanks to my super talented gf! (she has done all the amazing sprite art and backgrounds!) Now the spring reacts the same no matter what direction or how fast you approached it. It took a lot of tweaking but I think i'm happy with how high it bounces the player now. 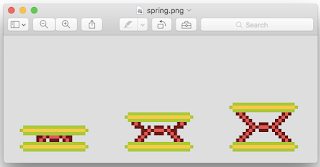 The speed up is being replaced with... Choco balls! depending on how many of these are laying on the ground, the faster you'll dash ahead, scattering the balls into the air as you run over them.

Theres also a nice new version of the present box, possible to be used in a christmas themed level later on in the game. It looks fantastic so I'll have to find a use for it somewhere.

Also a new WIP title screen, complete with moving donuts. There will be two more menu options in the finished product, but you'll have to wait and see what those are. 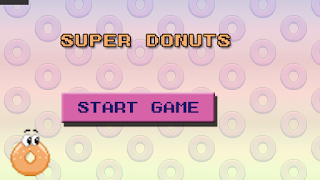 I've added all these new changes to a new test level which is fully playable and completable on the iPhone! (Screenshots below taken direct from the phone.) 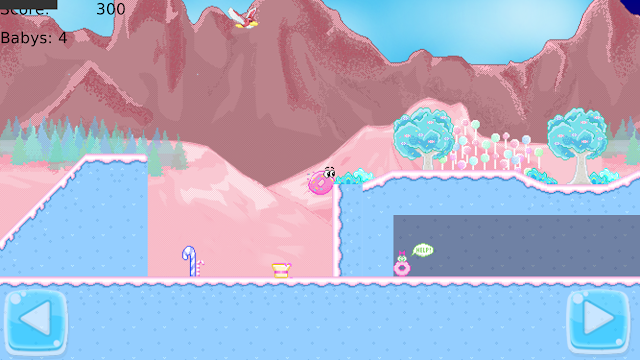 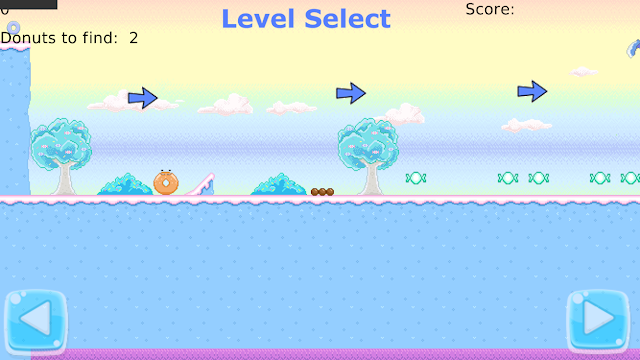 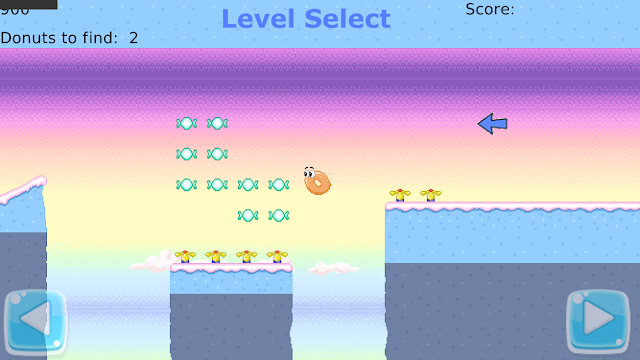 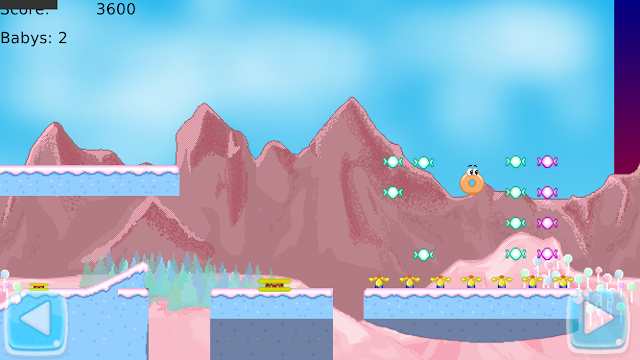 The black box in the top text won't go until I've bought the developers licence for Stencyl which I don't need until its ready to publish sometime next year. Also ignore the "Level Select" words, they were just there for testing so I could just press them and return to the level select rather than closing the game each time. Also the words Score and Babies to find / Donuts Collected will be moved and changed as it progresses.

Below is a full view of another text level. Still not got any real levels yet. 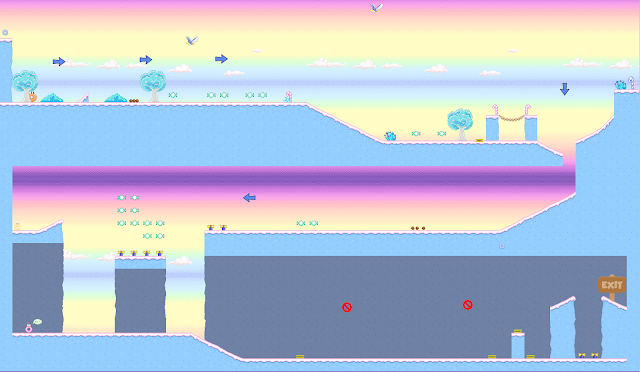 I've got loads of ideas of what to do next but thats for another post, this one was just to show all the progress. Thanks for reading.